We are officially a pacifier-free household! How’d we do it with virtually no tears or fuss? Read on to find out.

We gradually started taking away the pacifier three months ago when she turned 2, starting with not bringing one in the car. We used to have one in case she fell asleep in the car, or if she needed to quiet down at an event etc. She could only have it in her crib, which limited her when she napped at home, or at nighttime.

At this same time, we started talking about the Paci Fairy coming to visit to take away the paci’s. How when she was bigger, the Paci Fairy comes and gets all her paci’s to give to other babies and leaves behind special presents.

How did we know it was the right time for the Paci Fairy to come? When Lily could start telling us what happened when the fairy came, and actually being excited about it. We felt it would be easier if our child could be part of the process and really comprehend why we were taking away this soother. 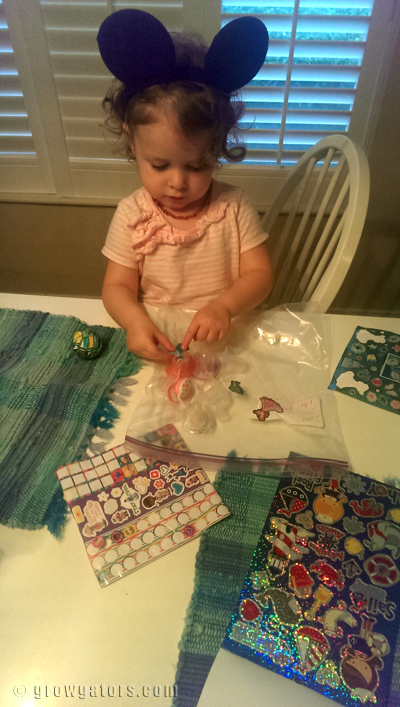 Lily decorating her bag of pacifiers for the Paci Fairy.

So all day yesterday we told her the Paci Fairy had contacted Mommy and she would be there that night. We got a Ziploc bag out and addressed it to the Paci Fairy, and then Lily decorated it with stickers. She then helped place the paci’s in the bag (including her two Gator ones), really making her part of the process. 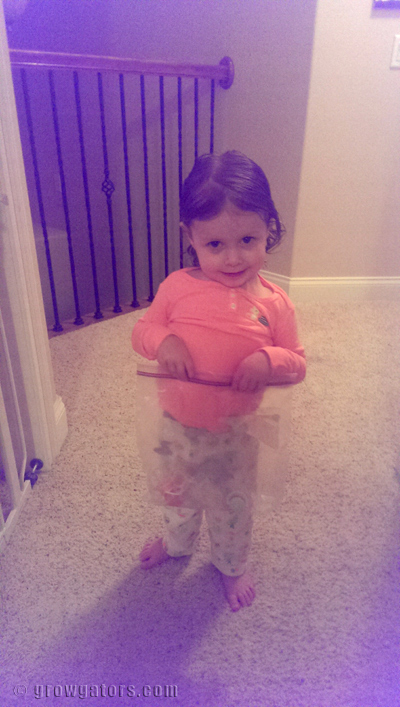 She was so proud of her bag for the fairy.

After her bath, she placed it outside her bedroom door to wait until morning. She had a few tears as she tried to settle down, but nothing major. She never once asked for a pacifier last night. After she settled down, she slept the whole night without waking to search for “a typical fallen pacifier.” 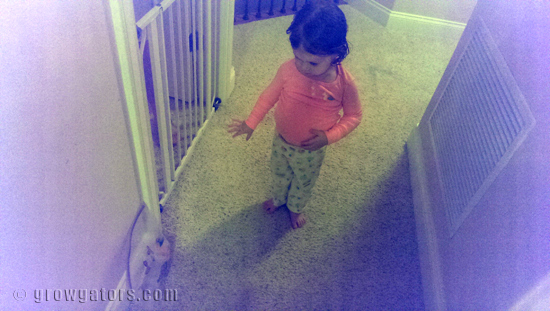 Waving goodbye to her pacifiers.

When she woke up, the Paci Fairy had brought some of her favorite items: some Disney princess dolls, an Elsa dress, and most importantly, a stuffed mermaid toy, something that could potentially be her new soother at night if she happens to need it. 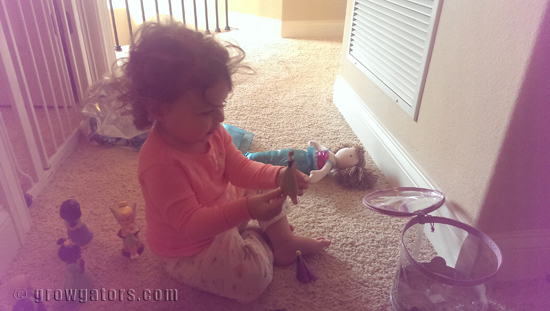 Checking out what the pacifier fairy brought her!

So far so good today… not one mention of Paci’s, but there’s been lots of excitement over her presents and how the fairy came to her house! I really think talking it up, making her part of the process, and waiting until she could let us know she understood what was happening really helped make this such a smooth transition.

I just wanted to share our story of becoming a pacifier-free zone, and maybe it will help you too! 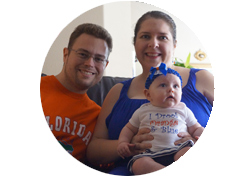 Welcome to Grow Gators! I'm Jaclyn, and I'm a Gator alumnae and Mom to a sweet, active Gator toddler girl and an infant son! I definitely bleed orange and blue, and yeah, my husband (and our families) too! Thanks for checking out my blog. Click below to read more about me, my family, and this site. Let's Grow Gators! 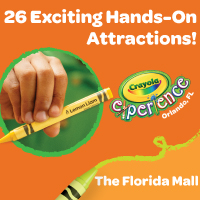 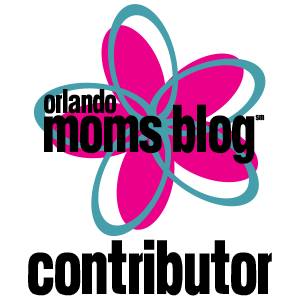 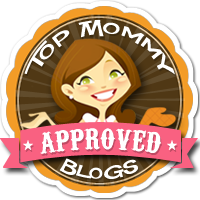 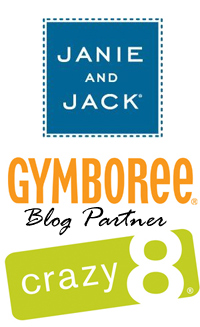 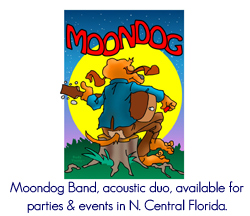 Copyright 2013-2017 | www.growgators.com | This blog/site is not affiliated with the University of Florida. GrowGators.com is a mommy blog/site for Gator alumni, friends and fans. Learn general child tips and more about the Gator Nation as it relates to your baby or child. The website for Gator babies, infants and newborns; children, and of course, parents! Go Gators!